Are Your Key Performance Indicators Costing You Money? (Part 1)

(7 min read) The EMS industry faces an increasingly challenging reimbursement environment. At its core, the problem is that our reimbursement rates have failed to keep pace with the increased costs of furnishing high-quality emergency medical care. This has long been true for federal healthcare programs, such as Medicare and State Medicaid Programs. This is also increasingly the case in the commercial insurance markets. At the same time, the health insurance markets have become increasingly fragmented, with more and more plans being offered every year. Each of these plans has their own rules on when and what they will pay. On a macro level, the entire healthcare industry is also transitioning away from fee-for-service models that reward providers based on the volume of services in favor of value-based models that provide financial rewards based on the value of those services.

As a result, EMS agencies have increasingly tried to wring out ever-increasing efficiencies from their billing offices. The ultimate goal has not changed: agencies want to recoup the maximum amount of revenue at the lowest possible cost in terms of time and money. This is where Key Performance Indicators (KPIs) come into play. It is these benchmarks that are used to evaluate how efficiently billing offices are accomplishing this ultimate goal. 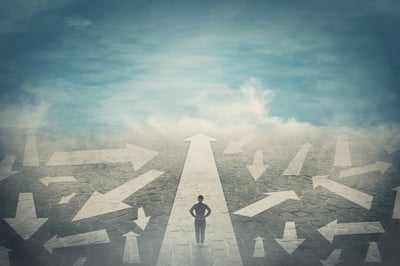 Let’s take a critical look at one of the more common KPIs used by our industry: lag time. We would argue that the original purpose of this metric has become lost over time. We have seen numerous examples of billing office managers who view “acing” these KPIs as their true goal. Given the pressures we put on these individuals, this is understandable. However, it leads to focusing too much on the “trees.” Our goal is to remind you of the larger forest. Generally speaking, “billing lag time” (also sometimes referred to as “charge entry lag time”) refers to the number of days from the date of service to the date charges are entered and the claim is submitted to the applicable payer. Put another way, billing lag time is a way of measuring how quickly “paper” flows through your operation.

But is this truly the case? While measuring your billing lag time can tell you how quickly you are in a position to submit a claim, it does not tell you whether “now” is the optimal time is to submit that claim.

A few simple examples can illustrate how the timing of “when” you submit a claim can have a material impact on your revenue:

As noted above, we are not suggesting that billing lag time is not an important benchmark. It is helpful to know how quickly your billing office could get a claim out the door; however, just because a claim COULD be billed today doesn’t necessarily mean that it SHOULD be billed today. As the examples we’ve shared demonstrate, sooner is not always better!

In the coming months, we’ll take a critical look at some of the other more common KPIs used by our industry. Next up is Days Sales Outstanding (DSO). Drop an email to Brian Werfel at bwerfel@aol.com if there are any that you’d especially like to see discussed.

Are Your Key Performance Indicators Costing You Money? (Part 2)

Are Your Key Performance Indicators Costing You Money? (Part 3)