Bloomington Hospital EMS Tried a Competitor of Road Safety for 1 Year; Find Out What Happened

Bloomington Hospital EMS was an early adopter of Road Safety, starting with Road Safety 3000. I’ve been the system administrator, and even developed training for our staff as well as other agencies in the United States. We found the driver performance feedback system was beneficial to our agency in many ways. Reports were easy to run. And even more importantly, the feedback it provided helped us protect our employees.

We have countless examples of how Road Safety has proved beneficial to Bloomington Hospital EMS. Here are two examples:

Not only did Road Safety help us protect our drivers in those two examples, we used the data in the reports to develop new driver policies. Last but not least, we also spent less on maintenance, insurance and repairs for our fleet. 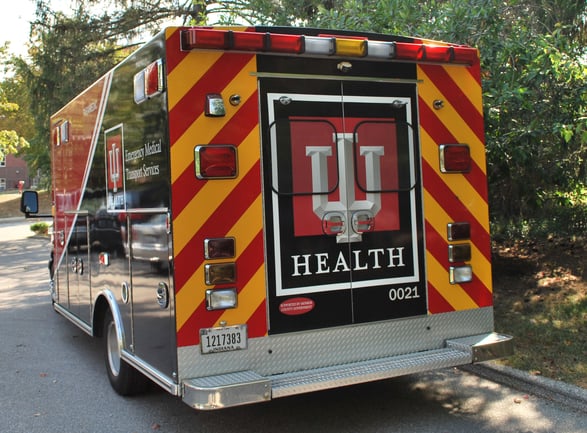 Trial & Error Led Us Back to Road Safety

Road Safety did everything we needed it to do. So why, in 2016, did we move over to a competitor system? We thought we couldn’t afford to upgrade to Road Safety 4000, so we went with a cheaper option. It was clear from the beginning, the new system was not superior to our Road Safety system. It operated as a monitoring system, not a driver feedback system that would help us take preventative measures. We had issues with log ins. Performance reports wouldn’t show up. The tool was inconsistent. The functionality was just not there. In an accident, you need the second by second activity of the ambulance, which Road Safety provides. And most importantly, it wasn’t designed for ambulances, it was designed for school buses.

Our own drivers started requesting that we get Road Safety back. ZOLL was willing to work with us to get the installations done this fall so we could go live by our target date of January 2018. And now with Road Safety 4000, we were able to pay monthly, which ends up being less per month per vehicle. We took all of this information back to management, and they approved it. Equipping our fleet of 30 vehicles equates to the cost of one ambulance.  If we can prevent an accident with total loss and prevent injuries, we are money ahead.

In conclusion, I have 18 years of experience with Road Safety as an administrator and Paramedic. I have used the system for accident review, court cases, complaints and driver accountability. I believe in the system and the staff believes in the system. The immediate driver feedback is important; if managed, the system will ensure the safe operation of the ambulance fleet. In the long run, it’s dollars saved, and the safest thing we can do for staff, community and patients.