Are You Disaster Prepared?

The 2017 Hurricane season began on June 1 and goes to November 30. The National Oceanic and Atmospheric Administration (NOAA), Colorado State University and the Weather Co. are all predicting an above normal hurricane season. That being said, are you prepared?

AAA Ambulance Service, based in Hattiesburg, Mississippi,  has survived through four major disasters; and our IT Design enhanced after each one to protect our data, our hardware, and most importantly, to help protect our communities. In this blog post, I’m going to walk through all four disasters and share our lessons learned.

What Did We Learn? Preparedness & Testing Works 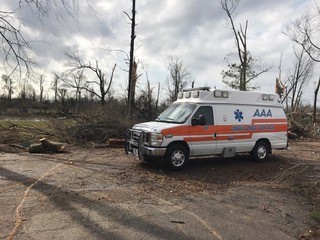 We have tested and proven facilities for our communications, data, network and backups. We test all of these on a routine basis, with most on a weekly schedule.

Everyone everywhere has there disasters whether they are natural or man-made, we have to have backups and redundancy to compensate and keep the business operating. ENOUGH IS NEVER ENOUGH… Keep adapting to your disasters and test the systems you have in place so that you are prepared to protect your communities. Questions? Contact me at andyg@aaaambulance.net