Anyone who has ever worked shift work knows that some shifts are better than others. Many times, the experience has little to do with the amount of work to be done and more to do with the other people involved. Why is it that on some shifts everyone works together as a team and other times it seems it’s every man for himself?

Although everyone has a different level of competence, I believe leadership style plays a major role in team cohesiveness. I didn’t reach this conclusion by researching articles in the hospital library. I didn’t even pose the question. My information came unsolicited right from the source - nurses and techs in the emergency room.

Whenever I started a shift, I was met with smiling faces, high praise and almost sighs of relief. Everyone said I was their favorite ER doctor. Initially, I thought the staff was just being nice to me but I came to understand that I led with a style that was dissimilar from some of my colleagues. And it made all the difference.

Every time I stepped onto the ER floor, I was leading a different team. The patients, staff, and challenges were different but the fundamental leadership principles remained the same.  If you face different challenges and lead different team members on a daily basis, these insights may be helpful to you. 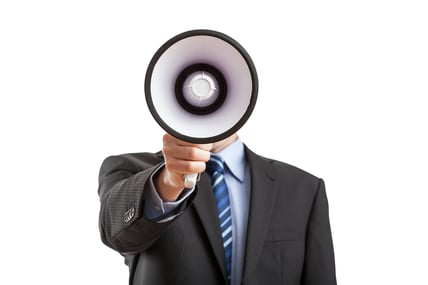 I worked in one hospital where the director of the department was not well liked. He did nothing to minimize status differences, and often times encouraged the divide. He worked in his office behind a closed door. If you needed him for any reason, you had to knock and wait to be invited in.

The staff was reluctant to knock because they always felt like they were bothering him. This was bad enough for administrative functions, but the real problem was at least once a week he worked a clinical shift. Instead of being present on the ER floor, he would spend big chunks of time in his office.

Patients would pile up and the staff could do nothing to move patients through the system. His authoritarian style took away everyone’s power. Nurses knew not to order blood tests or x-rays without his approval. He was in charge.

As a result, the staff was intimidated and frustrated and no one enjoyed working with him. He was a smart man but no one respected him for his intelligence.

If you find yourself in a similar situation, smart but not respected by your staff and feeling “lonely at the top,” you might want to open your door and say hello. 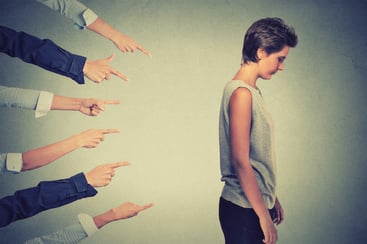 I had an unpleasant incident shortly after I started working at a new hospital. A few weeks into my new job, one of the other doctors came up to me with a piece of paper in his hand to let me know that I had misdiagnosed someone who he saw in follow-up and subsequently admitted to the hospital. His exact words as he handed me the paper were, “This paper needs to be filled out. This is how we do it here.”

I was appalled, embarrassed and terrified all at the same time. After doing a little research, I realized he wanted me to file an incident report on myself for a patient whose bronchitis turned into pneumonia because of antibiotic resistance.

That’s when the staff started spilling their stories. He was a congenial guy, even-tempered and easy to work with, but no one trusted him. If the shift was without incident and all the patients had a good outcome, everything was fine but if something went wrong it was a different story.

He consistently looked for a way to blame someone else if a mistake was made. The nurses didn’t have faith in his diagnostic ability and having been on the receiving end of false accusations more than once, worked in a climate of fear and distrust. As a result, nurses who worked with him found themselves splitting their energy between caring for patients and protecting themselves. 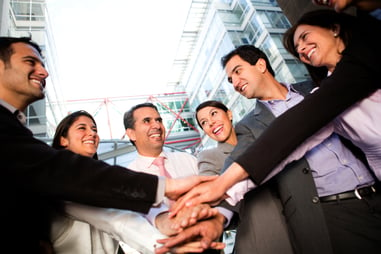 So what was so special about me that made me everyone’s favorite emergency room doctor? Not much, really. I called everyone by their first name; I said please and thank-you; I said hello and good-bye; I treated everyone equally, from the janitor to the charge nurse. Simple stuff. Some of us do it, some of us don’t.

But here’s what I think set me apart. I included people. If I asked someone to order a blood test, an x-ray or bring a patient to CT scan, when I got the result I tracked that person down and let them know. Thanks for getting that x-ray – she has pneumonia and we’re going to admit her to the hospital. It made people feel like they were part of the team because they WERE.

But most importantly, even though I was technically in charge, I never acted like I was the smartest person in the room. I discussed cases with the staff and welcomed their input. Does anyone have a different idea? If I thought it was appropriate, I used their suggestions.

When everyone in the room is focused on the same goal, in this case, patient care, there’s a greater likelihood that not only will the goal be achieved but team satisfaction will be realized as well.

Your primary objective as a leader is to bring out the leader in everyone around you. And your goal is to create an environment where people will contribute and be productive. There is no one size fits all leadership style. We are all different and bring our own strengths and weaknesses into our leadership roles. But, the best way to help people be the best version of themselves is to be the best version of yourself.