Your crews’ patient care reports (PCRs) should clearly and consistently demonstrate that patients received high-quality patient care. The documentation should also make possible a clear determination regarding whether the services provided were “covered services” when processing the claim for those services. Unfortunately, it often seems that EMS leaders allow a culture to develop where the provision of “good patient care” is somehow seen as separate from, and unrelated to, the documentation of that care. On the contrary, at the end of the day, the PCR is the only lasting evidence of the quality of care delivered. 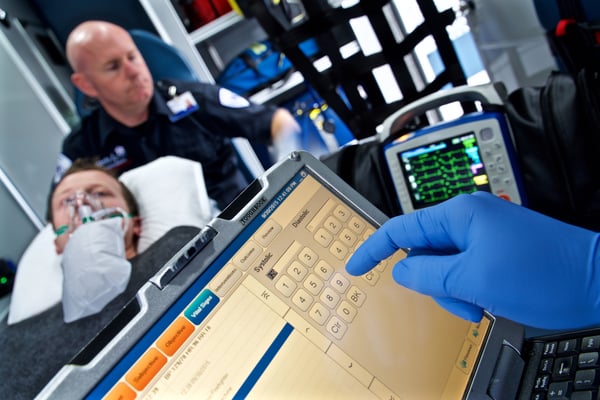 Why Do Ambulance Claims Get Denied?

In many cases, the primary reason an ambulance claim is denied, resulting in a beneficiary being deprived of coverage and the ambulance service being denied reimbursement for the care they provided, isn’t because ambulance transport wasn’t medically necessary, but rather because some crew members either don’t understand or don’t care about their responsibility to carefully and completely document the patient’s condition at the time of transport on their PCR. Too many times a patient who has paid for healthcare coverage is deprived of that benefit by an EMT or paramedic, who has been entrusted with caring for that patient, because of that crew member’s poor documentation of the patient’s condition and the treatment received; that is deficient patient care. Crew members need to stop using vague, meaningless words, conclusory statements and phrases that don’t accurately convey, in appropriate clinical terms, the true condition of the patient at the time of service.

Good PCR documentation will state conclusions or findings and always describe and quantify those findings. Some phrases from patient care reports– such as “transported without incident,” “transferred to stretcher” or “transported in position of comfort”–are commonly used in patient care documentation, but add nothing (or little) to painting an accurate and complete picture of the patient’s clinical condition. Worse yet, these seemingly innocuous phrases are often cited by Medicare claim reviewers as a key factor in denying coverage of a claim.

The importance of a well-written narrative on the PCR can’t be overemphasized. We often hear crews are frustrated because they believe they are being asked to simply duplicate information already documented in checkboxes and dropdown lists elsewhere on the PCR. A well-written narrative doesn’t just duplicate information documented elsewhere. Instead, it paints in the details, and clearly describes why (based on clearly documented patient presentation) interventions provided were necessary. For every transport, whether emergency or nonemergency, the PCR narrative must make it clear to any reader, medically trained or not, whether this patient could have safely been transported by means other than an ambulance or if all other means of transportation were contraindicated. Questions that should not go unanswered for the reader often include:

A good narrative clearly documents the patient’s response to the treatments provided. In other words, as a result of the treatment, did the patient’s condition improve, and if so, how? To a great extent, crews should see check boxes and dropdown lists throughout their PCR as reminders of the various aspects of this patient’s care that need to be more fully developed and clearly documented in the narrative. Quality, not quantity should be the goal. While including meaningless and easily misunderstood phrases in the narrative may be believed by some to give the perception of better documentation, based on the number of words, it actually has exactly the opposite effect. The focus must be on improving the specificity of documentation so that a more accurate and descriptive picture of the patient is painted on each patient care report.