Suicide is now recognized as the leading occupational killer of emergency responders, according to a new report “Taking Care of Our Own: Mental Health Among Colorado Emergency Responders” released by ResponderStrong in collaboration with the National Mental Health Innovation Center. The report includes interviews from emergency responder department leadership from police, sheriff, state patrol, fire, EMS and dispatch branches in Colorado.

“We were overwhelmed with the large number of responders to the survey; more than 55 percent of leadership from Colorado departments responded to the query of the survey,” said Rhonda Kelly, project manager for ResponderStrong during an interview with Colorado Public Radio’s (CPR) Colorado Matters.

Listen to her full interview with CPR

Report Findings: Lack of Access to Mental Healthcare & A Lot of Stigma Around Getting Help

According to the report, from 2004-2014, suicides for Colorado firefighters outpaced other line of duty deaths by 50 percent. The report authors recognized that while data for EMS and dispatch communities were not as thoroughly tracked, suicide is still recognized as a large issue for them as well.

What puts emergency responders at heightened risk for suicide? The report attributes the rise in suicides to “the number of high-profile mass casualty incidents in Colorado and the cumulative, daily exposures to stress and trauma have placed emergency responders at elevated risk for a range of adverse mental health impacts.” And in the responder culture, mental health is often not addressed proactively but rather in reaction to an adverse event, often a significant mass casualty event or a responder suicide. 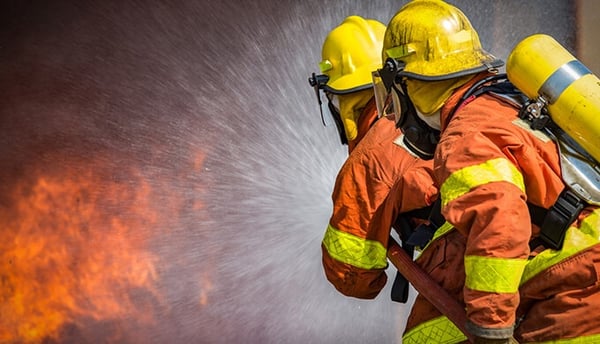 Kelly said there were some shocking pieces of information in the report. “For example, only 11 percent of leaders believe that responders are comfortable talking about their own mental health,” she said. EMS leaders cited lack of funding for training and mental health support as well as a persistent mindset that mental health issues carry a stigma as challenges to facing the prevalent problem.

The Report Identified the Challenges to Addressing Mental Health in EMS… What’s Next?

So how do we move forward in improving resources to help support the mental health of emergency responders? The report said that based on the current barriers, the approach must be collective, comprehensive and innovative. This includes leveraging:

The report goes in to a lot more detail than this summary. For more information (statistics, quotes, etc.), I highly encourage you to take the time to read the report.

If you’re looking for additional resources on how to address mental health issues among your emergency responders, join us at SUMMIT where we’ll have several sessions focused on mental health in EMS.

Undoubtedly, things have changed as a result of COVID-19. What were once accepted practices are no longer sufficient. EMS agencies must...
Read More >
New Jersey Association of Paramedic Programs | Sep 9, 2020

(8 min read) In early 2020, the concept of the novel coronavirus was nothing more than a whisper in New Jersey EMS agencies. It was...
Read More >