Can CISD Heal a Culture?

(5 min read) There is no debating the fact that responder PTSD and suicide has become an epidemic. It seems we cannot visit any of the numerous public safety websites without being met by the story of the newest tragedy, or of a resource to provide help to those suffering. Yet despite the increase in public awareness and the growing resources available – why is the number still rising? A recent Google search for “responder PTSD help” yielded just over a million related websites, yet during 2018 more firefighters died from suicide than in the line of duty. So, we must ask ourselves: do we have the right resources? Or does our problem lie within our culture?

During my 30-year career in the Emergency Services I have served in all aspects of EMS. From my work as a volunteer firefighter EMT to career Fire Paramedic Captain, as well as 15 years in the HEMS environment, I have noticed a common theme when it comes to mental health and wellness: we are our own worst enemy. I distinctly recall the first scene of a fatality and more importantly returning back to the station as a 20-year-old firefighter and being told by the experienced masses that we “just dealt with it” and I needed to “suck it up” and move on.  Unfortunately, in many instances we still maintain that mentality today.  Only a few years ago when a rookie firefighter asked what a CISD (Critical Incident Stress Debriefing) was after a traumatic call, his captain offered: “Those are the people that make you feel bad for not feeling bad.”

Has this mentality perpetuated the problem that we see today?

With an ever-increasing number of resources available, and a seemingly proportionate rise in incidents, it begs the question, is it really a resource issue? Or is it a deeper cultural issue which we have created from the stigma of mental illness? The American Psychiatric Association defines PTSD as “A psychiatric disorder that can occur in people who have witnessed or experienced a traumatic event such as a natural disaster, a serious accident, a terrorist act, war/combat, rape or other violent personal assault”. We as healthcare professionals need to redefine our view that PTSD is not a mental health issue, but rather a mental health event. It is not always present or predictable, but comes and goes depending on the circumstances of a given situation. With this in mind, we also need to provide the support in removing the stereotype of being “broken” when triggered memories bring on an episode. We are not broken per say, however routinely being forced into difficult situations that we must confront, experience and live, we may overreach our mental and emotional abilities and find ourselves bending beyond the limits of our mind’s flexibility.

Bending is to be expected, given the nature of our industry and what our daily lives and routines are comprised of. We are not afforded the luxury of being human, but expected to perform day in and day out in the face of a multitude of different situations we are called to. Show me another profession where you are awakened to a SIDS baby and then stop for breakfast on the way back to the station. Maybe grab a workout midmorning with some training mixed in and have lunch, interrupted by a heroin overdose death and wrap the day up with a rollover with multiple ejections, with a fatality or two and then grab a movie from the Redbox on the way back to the station. All events which, should they be experienced by an average citizen, would require weeks to months to healthily process and overcome, yet we are expected to move on and be ready for the next call. 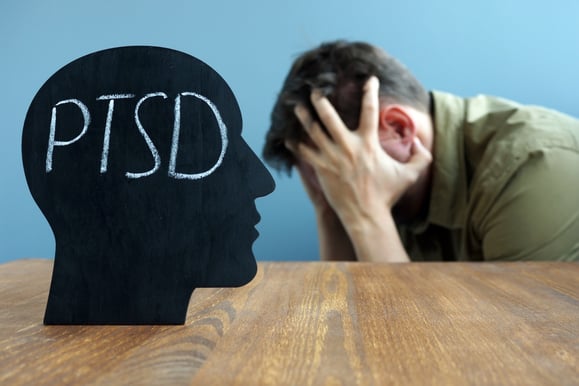 So what do we do when we bend? How do we get ourselves straight again? First and foremost as peers, friends, supervisors and coworkers we need to change the mindset and let it be OK TO NOT BE OK. It’s ok not to be supermen and women, it’s ok to be human and it’s ok to be bothered and affected by the things we are forced to see.  In fact, in many cases if the things we experience don’t affect us, we are less ok than we may want to admit.

The OK TO NOT BE OK not only begins in the station, or at the base, but needs to spread wide into administration. When we take a look at the resources available to us, many come with their own pitfalls. First, crisis lines are for those in CRISIS. Think back to the last patient you delivered to your facility ER whom the crisis worker was called for. Crisis workers work with those that suffer mental illness, not professional first responders who may face losing their careers with an admission into the mental health system. The same could be said for access to a suicide hotline. In speaking on this topic on two different occasions, a poll of the supervisors, managers and administrators in the session indicated that the general impression of someone asking for help is that of liability. If we break our arm or leg while on duty, we are given a cast, and eight to ten weeks later we obtain and x-ray to confirm healing and released back to duty. The same cannot be said for those asking for help. We have no x ray to determine mental health status and in many cases those individuals must fight lengthy battles and overcome repeated obstacles to return to duty. Removal of these barriers must occur to allow the safe access to the resources we have and key to addressing the issue.

The solution we seek does not come in adding more resources, it comes in being the friends, coworkers, mentors, supervisors that make those around us know it is OK TO NOT BE OK an help them back on their path from bent to straightened – before they break.