Why Using Lights & Sirens Can Be Risky Business

David McGowan, ASHM, has more than 35 years of experience in EMS serving as a clinician and administrator for fire and hospital-based services, and has spoken nationally multiple times on ambulance operator safety. In one of our recent webinars, McGowan discussed the dangers of emergent response. 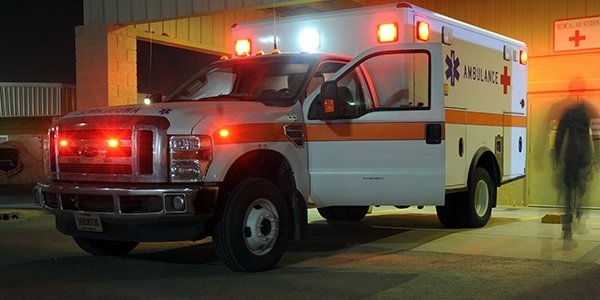 When McGowan started his EMS career in 1978, the topic of safety in emergent response was treated much differently:

“The owner of the ambulance service at that time told me the best care you can get for a patient is how hard you step on the gas pedal. And it's by the grace of God that I am here talking to you today, because I can tell you that there were many, many instances that I should have never made it. It was just that dangerous, but again that was the kind of the mindset back then. Today has changed.”

McGowan examined a handful of statistics related to emergency vehicle accidents and fatalities. Many of the statistics and data points he referenced were from a NHTSA report that was released in 2014 and other similar research. “About 55 percent of EMS fatalities are ground crash related. About 20 percent is HEMS [Helicopter EMS], 4 percent is needle stick and other, homicides are 9 percent, and cardiovascular is at 11 percent.” EMS professionals are the most at-risk group for vehicle accidents. In the webinar, these numbers were given for occupational fatality rates per year in transportation-related incidents: 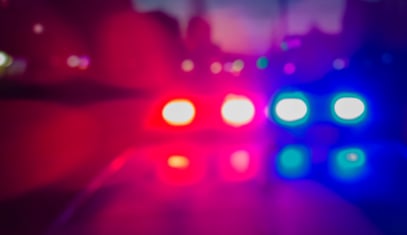 What is it that makes EMS so dangerous? It turns out that one major risk factor is the over-use of emergent response. 58 percent of fatal crashes and 59 percent of injury crashes were reported as emergent, meaning the lights and sirens were on. A different study by Prehospital and Disaster Medicine found that 70 percent of fatal ambulance crashes occur while operating in emergency mode.

According to NEMSIS, in 2015 when the call type was 911 and the patient was transported to the hospital, about 74 percent reported use of lights and sirens in response to the call, but only 21 percent used lights and sirens for patient transport. This indicates that, for the most part, most 911 calls are not actually life-threatening. So why do EMS professionals use the lights and sirens so often?

In EMS, the “gold standard” for response time is generally 8 minutes or less, 90% of the time. But this standard, McGowan notes, is almost 40 years old.

“It goes back to 1979 in Seattle Washington, which has a cardiac arrest outcome, and basically they say that the best rate of survival for an ALS response in a cardiac arrest was eight minutes or less.”

It may be time to take a look at new research and data in regard to response times, especially since there are so many internal and external factors that can affect how long it takes an ambulance to arrive on scene.

Factors that affect response times include:

So are response times even a good performance indicator? According to an article published by EMS World in June 2015, the answer is no.

“What they did was they went out to some of the leaders of the EMS services, […] and they posed that question to them and a few of them came back and basically they're saying no, really response time should not be a performance indicator.”

In another article, called “Why Running Lights and Sirens is Dangerous,” there are 6 recommendations to effect change in regard to safety with lights and sirens:

The Myth that “Speeding Saves Lives” 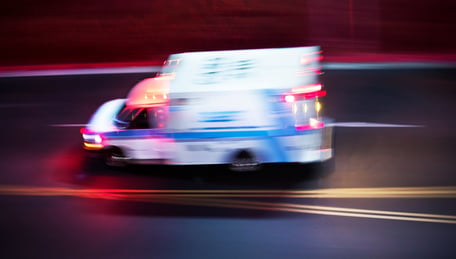 Another reason that lights and sirens are used too often is the common belief that speeding ambulances save lives. It makes sense—the faster an ambulance can arrive at the scene, the better chance a patient has of surviving, right?

But as McGowan previously noted from personal experience, this is not the case. Speeding is dangerous and barely reduces response time. McGowan cited a study done in Hennepin county that said that “there was a 43.5 second mean time savings compared to transports without lights and sirens.” In other words, speeding does not reduce response times as much as you might think.

So when are lights and sirens acceptable? McGowan cited a speaker from a past ZOLL SUMMIT conference who spoke on the topic and listed these situations:

In addition to everything mentioned earlier, McGowan suggested that all drivers be provided with some type of training, such as EVOC, CEVO, EVDT, and other comprehensive classroom and behind-the-wheel training programs.

He acknowledged that while emergent response increases the risk of accident, there are many other “human” factors that can contribute to unsafe driving, regardless of whether the lights and sirens are on. Distracted driving, fatigued driving, and driving under the influence of medication are all factors that increase the likelihood of getting into an accident and can be avoided. With education on these issues and emergent response, the EMS industry can become a safer place for patients, providers, and everyone else.