What Is a Medicare Beneficiary Identifier (MBI)?

The Medicare Beneficiary Identifier (MBI) is the new identification number that has replaced SSN-based health insurance claim numbers (HICNs) on all Medicare transactions, such as billing, claim submissions and appeals. The purpose of this randomly generated series of numbers and letters is to improve patient identity protection and prevent identity theft. 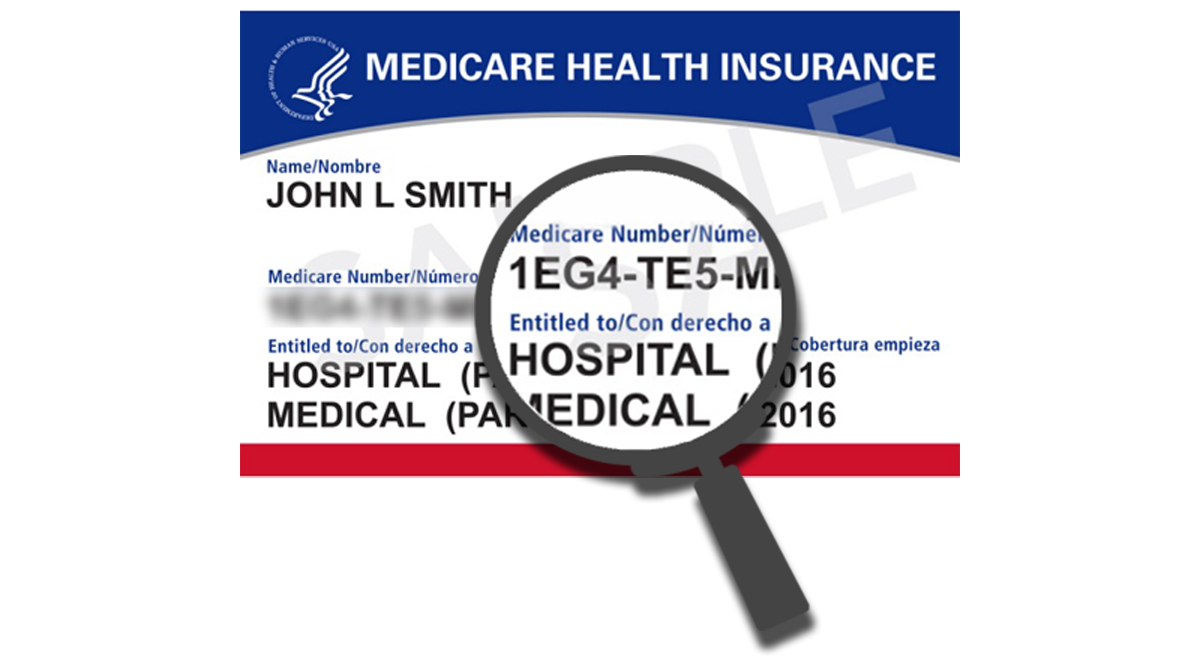 How Is a Medicare Beneficiary Identifier Formatted?

A Medicare MBI number contains 11 characters, which are randomly generated without underlying meaning. The MBI number is a string of numbers and upper-case letters, which will include an arbitrary combination of digits (1 through 9) and any letters in the alphabet except B, I, L, O, S, and Z. These are excluded to prevent confusion with similar-looking letters. There are no hyphens or spaces in these sequences, so if you see an example of an MBI that has them, remember that this is only for illustration purposes. If you include these characters in your claim, it could be rejected.

Who Does the New Medicare Beneficiary Identifier Affect?

As of January 1, 2020, the Medicare Access and CHIP Reauthorization Act of 2015 (MACRA) requires the Centers for Medicare & Medicaid Services (CMS) to use MBIs on Medicare cards instead of SSNs. The change will impact every healthcare provider, physician, and supplier that submits claims to the Medicare Administrative Contractors (MACs) for any services rendered to Medicare beneficiaries.

As a result of the MACRA, an MBI lookup tool will be added to all MAC web portals. No matter when services were provided, all providers must now use MBIs on all Medicare transactions. Only these identifiers will be accepted on Medicare claim submissions with few exceptions, although the IRS and the SSA will still use SSNs for tax and other similar purposes.

Who Is Exempt From Using the New MBIs?

Nobody is truly exempt from using MBIs, but there are a few scenarios in which it might be acceptable to use an HICN in place of an MBI. Some of these exceptions include:

How Can ZOLL Help Providers Obtain the New MBI Number?

In addition to using our billing software, ZOLL can also execute batch queries for all Medicare patients in your databases. All you need to do is send ZOLL a batch file in Excel format with each patient record through their secure portal. From there, ZOLL will run their proprietary, enhanced MBI lookup tool and return the updated MBI numbers for all valid HICN and/or SSN submitted for your Medicare population within 24 hours.

If you are using another software vendor, you may need to obtain the new Medicare MBI number using one of the three methods below, which may be time-consuming and may affect reimbursement:

Save Time and Frustration Today With Our Automated Tool

ZOLL understands that you need to get your claims out the door quickly. That’s why we designed our automated software solution to be fast, easy, and secure, eliminating your daily frustrations with Medicare claims. Please note that if you’re already a ZOLL customer, this new technology is already built into the latest versions of RescueNet Billing, ZOLL Billing, Billing Pro, and AR Boost! If you’re not yet a ZOLL customer, our Medicare MBI lookup, eligibility, and discovery tools can be integrated quickly and easily into your current billing system.

Ready to get started? Complete the request form on this page to request contact from a representative. You can also contact us by phone or fax during business hours.