A Look Back at 2017 from an EMS & Healthcare Perspective

As the year winds down, “look back” articles are popular. For some, it’s an opportunity to celebrate important accomplishments, for others, an opportunity to reflect and refocus on next year. Regardless, it’s an easy read on your smartphone while you are in line or online participating in last minute holiday functions. Let’s dive in… oh, also look for a blog early next month where I will toss in my predictions related to EMS and healthcare in 2018. 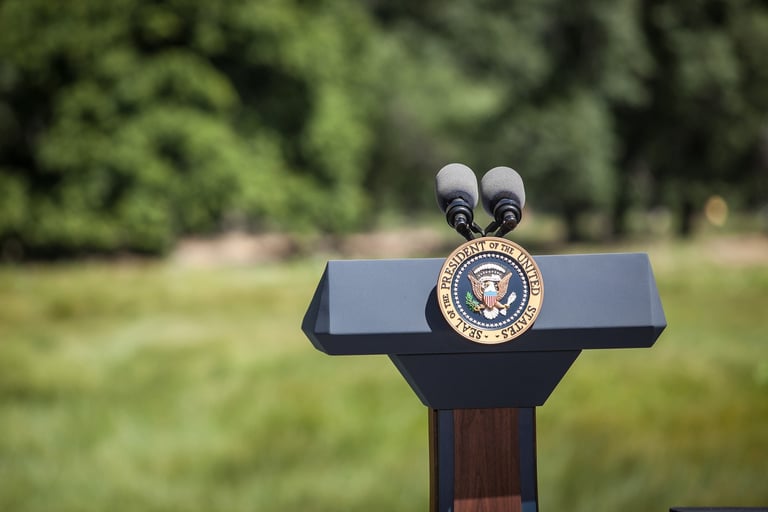 The year couldn’t have started with more excitement (be it positive or negative) as the Trump administration moved into the White House. With the GOP now in control of the Senate, House and Oval Office, there was intense focus on several campaign issues, most notably, the Affordable Care Act (ACA also known as Obamacare). Early in 2017, bills were crafted, all with similar components aimed at removing the individual mandate to maintain health insurance, removing subsidies to assist those low-income individuals with the purchase of health insurance and providing federal healthcare funding for each state to administer. The concept was one of limiting the federal contribution (current and future) to healthcare while allowing each state to determine how to provide healthcare coverage locally. The House of Representatives quickly passed their version. The Senate on two attempts were unsuccessful as three key senators (Collins, Murkowski and McCain) voted against the bill siting provisions that decreased the number of insured and increased individual cost. Although the ACA is still in place, this isn’t over.

The next item on the agenda for the GOP administration was tax reform. Both the House and Senate just voted on a large tax reform bill that will be signed into law before the end of the year. A component of the tax reform bill is to remove the individual mandate to maintain health insurance. It’s thought that removing the individual mandate will result in significantly increased premiums. This is based on the thought that young healthy individuals will not purchase healthcare insurance, leaving individuals with more medical need in the pool. If the healthcare risk is tilted more toward those with more healthcare needs, the premium costs increase. This could make insurance unaffordable for millions while putting those that are healthy and not anticipating healthcare costs at risk should the unexpected happen.

How does this impact EMS and healthcare in general? The politicization of healthcare has led to increased patient costs and increased policy deductibles. Ultimately, this places the patient responsible for the first several thousands of dollars of healthcare costs. If patients can’t pay (and many can’t) the healthcare providers, including EMS, absorb the cost/loss. Within the EMS industry, we are already seeing this impact. Self-pay has doubled or tripled in the past few years to as much as 40 percent in some areas.

2. 2017 Was a Disaster: From a Natural Perspective 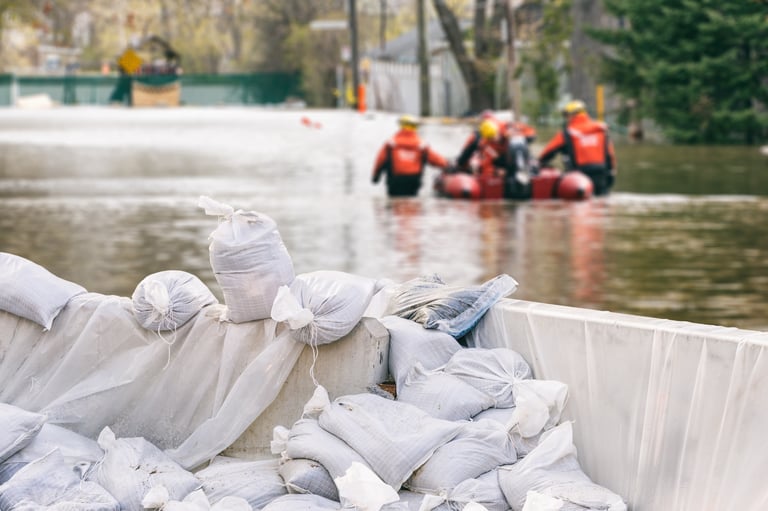 Wow, where do we start. Chronologically, hurricanes Harvey (Texas), Irma (Florida) and Maria (Puerto Rico) set a record for damage and cost. More than 1,000 deaths and $370 billion in damages were associated with hurricanes in 2017. 2017 was the costliest tropical cyclone season on record.

Oh, and then there were the California wildfires, a few of which are still uncontrolled at the time of this article. This cost is approaching $4 billion in damages in California.

This is a time to look back, appreciate, be thankful, respect and honor those within Fire, EMS, and Emergency Management for their efforts and sacrifice this past year. These losses would have been much greater without you. 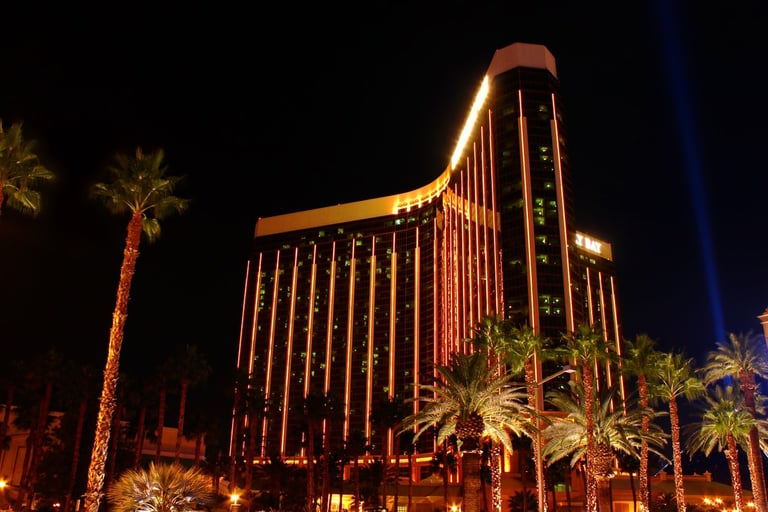 As of mid-November, there were 413 U.S. mass shootings (in which four or more people were killed) in 2017. More than one per day! Needless to say, a record. As of the date of this article, 422 have died and 1,758 have been injured. The Las Vegas shooting alone resulted in 59 dead and 441 injured (including at least one on-duty EMS professional). We still as a country haven’t been able to create any policy to address and/or reverse this course.

From an EMS and healthcare perspective, mass shootings are no longer the rare event, they are the norm. Focus on planning, training and personal protection. As noted above with natural disasters, these losses would be much greater without you. 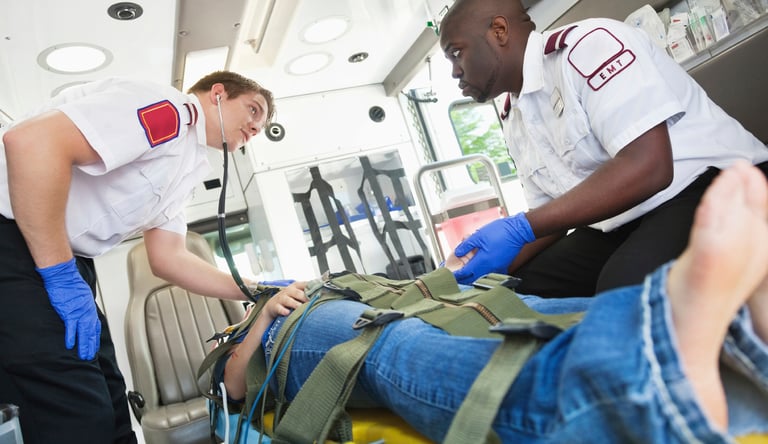 This year we were finally able to educate and navigate the political system to the benefit of EMS, and more importantly, our patients. On Nov. 17, 2017, the Protecting Patient Access to Emergency Medications Act of 2017 was signed into law. Why? Back in 2011, the Drug Enforcement Administration (DEA) ruled that an EMS service could only administer a controlled substance based on a “patient and issue specific" situation. Effectively, this meant that an EMS service couldn’t administer or dispense a controlled substance (narcotic, benzodiazepine derivative, etc.) based on a protocol or standing order. It had to have a direct order at the time of care. EMS care delivery, based on a physician extender model, made this a non-option. This law solidified the ability for EMS to administer controlled substances using medical director approved protocols and/or standing orders.

A win and holiday gift to EMS and our patients!

5. The Opioid Epidemic: Another New Record in 2017 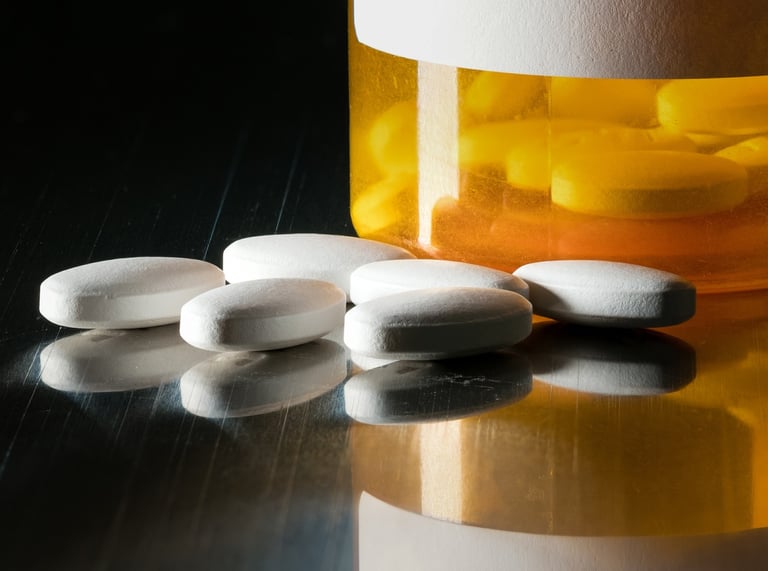 It wasn’t just natural disasters and mass shootings setting records. Opioid deaths did as well. Unfortunately, similar to mass shooting, EMS is also at risk. The introduction of cheap (but powerful) carfentanil as an additive to heroin created a game-changer. One hundred times more potent than its parent (fentanyl), carfentanil has devastated communities and placed EMS professionals at risk. Fire and EMS professionals have been hospitalized caused by exposure to carfentanil as they were caring for patients.

Opioids are now the leading cause of death for Americans under 50 years of age. More than 70,000 people will die from opioid overdoses in 2017, most unintentionally. These deaths are more than those caused by guns or motor vehicle accidents each year. Communities have responded by distributing naloxone (an opioid antagonist) to public safety responders and at-risk groups. Unfortunately, 2018 doesn’t look brighter in this area.

Follow your operational procedures and take care of yourself. 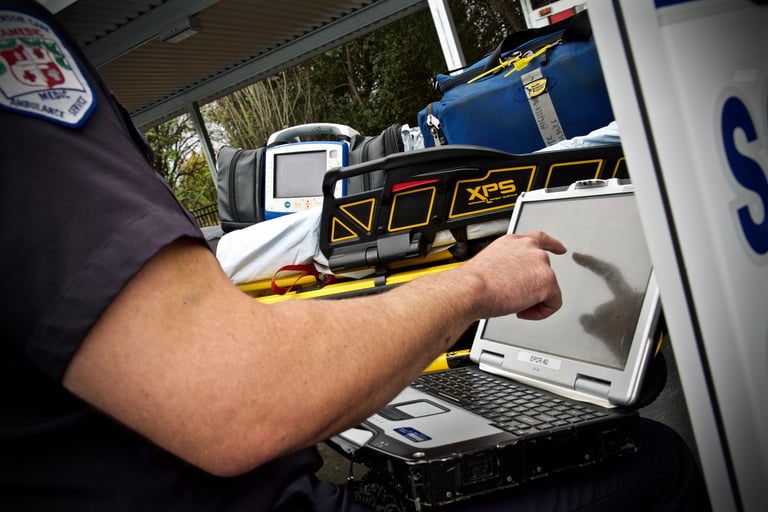 This year the National Highway Traffic Safety Administration (NHTSA) funded and introduced a project to revise the “EMS Agenda of the Future” that was created in 1996. This project is always exciting for EMS as it provides an opportunity to look into the future of EMS and healthcare. The EMS 2050 initiative released a strawman document in 2017 and are in the process of receiving feedback through regional meetings. Ultimately, a EMS 2050 document will be released in 2018.

Read my blog post: EMS Integration: A Straw Man for the EMS Agenda 2050

The EMS 2050 Strawmen Document outlined a people-centered approach to EMS that is:

The term “people-centered” is used rather than patient-centered as the EMS system must meet the needs of patients, families, communities and care providers. Within this concept, people receive their care in the place that balances their needs, convenience, comfort and cost. There must be deep integration across the healthcare system so that all providers have access to electronic health records and decision support that updates in real-time.

I would encourage you to follow and participate in this process.