It’s official. One of the prime objectives of the new administration was to repeal and replace the Affordable Care Act (ACA). Round 1 went to the ACA, as the new administration was unable to obtain the needed votes to pass the American Health Care Act (AHCA), the administration’s replacement for the ACA. In this post, let’s take a shallow dive (evading the political rocks and hazards) into this failed attempt to repeal the ACA, taking note of issues that are important to emergency care and EMS. We will also explore what the future holds for healthcare reform: is it dead or just a near drowning?

The Future of the Affordable Care Act

The ACA was signed into law by President Obama in 2010. Although it had somewhat of a rocky start (you see a theme here), it has been in place for almost seven years. Depending on how it’s judged, the outcome is viewed differently both politically and operationally. To the new administration, the ACA has long been a target for repeal both from a mandate and cost perspective. To the average citizen, the ACA has been a savior for those in need of affordable healthcare insurance coverage, but an undue expense to those who didn’t want to be forced to obtain/maintain coverage. 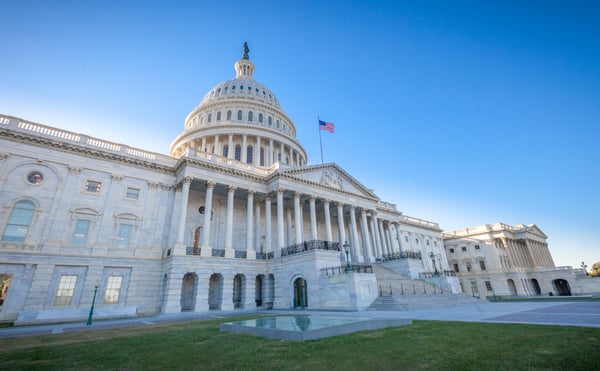 The administration’s repeal and replace bill, the AHCA, was unable to move forward within the House of Representatives. The reasons were many, but the final grounding was because of a Congressional Budget Office report that predicted the new AHCA would trim the federal deficit by $337 billion but lead to 14 million losing insurance coverage by 2018 and 52 million by 2026.

Whether we are entering a new “era” or avoiding “error” in healthcare reform, we all must pay attention and be a voice for our community and our patients.

How Could Healthcare Reform Impact EMS?

So, by now you must be wondering: how does this impact emergency care and EMS, especially if the AHCA didn’t pass? Ultimately, regardless of how healthcare reform plays out, there are several forces that can be predicted. The new administration will not give up on their attempt to repeal and replace the ACA. This is because of the philosophical difference of the individual mandate, requirement for businesses to provide coverage and the uncontrolled cost of healthcare being placed on government.

For emergency care and EMS, eventually, there will be a fiscal and operational impact. We are already seeing our payment model change. Historically, 70 to 80 percent of our reimbursement was through Medicare, Medicaid or private insurance. In most areas, this has dramatically changed in the past few years. As individuals have signed up for coverage based on the ACA, large deductible policies are becoming much more common. The average deductible in 2017 for an ACA policy was more than $6,000. For an emergency care or EMS healthcare provider, who is often the first to take care of a patient during the insurance plan year, the deductible hasn’t been met, and the patient is responsible. A survey by Bankrate.com in 2016 found that 63 percent of Americans can’t handle even a $500 unexpected expense. As a result, 20 to 30 percent of the emergency care and EMS services billed must be paid by the patient. Emergency care and EMS providers operate on a lean budget and will not be able to survive this shift without assistance through either a tax base or the greater healthcare system.

It’s anticipated that the ACA will continue for the near future but with minimal administrative support from the new administration. Without adjustments and corrections, healthcare costs will continue to increase both for the individual and the government. It’s also anticipated that the administration will continue to work toward a new, more acceptable version of the AHCA. The concepts are likely to be the same; less government involvement, tax credits and waivers, and limiting governmental fiscal risk as healthcare costs increase. Regardless of your perspective, we must navigate these murky waters. The Institute for Healthcare Improvement (IHI) Triple Aim framework still serves as a beacon to our operations: improve the patient’s experience and outcome, improve population health and control our costs.

Whether we are entering a new “era” or avoiding “error” in healthcare reform, we all must pay attention and be a voice for our community and our patients.

City of Allentown EMS (Allentown EMS) management had a vision for moving to a cloud-based billing solution to support the growing need to...
Read More >
ZOLL Data Systems | Jun 8, 2022

University Medical Center’s (UMC EMS)service area has been steadily growing, and agency leadership recognized the need for a...
Read More >