RescueNet FireRMS has been, and will continue to be, the mainstay reporting tool documenting incidents for the Omaha Fire Department. We started using it more than 15 years ago when we transitioned from a paper environment. Documenting in FireRMS has been useful in many areas, especially during a major incident. 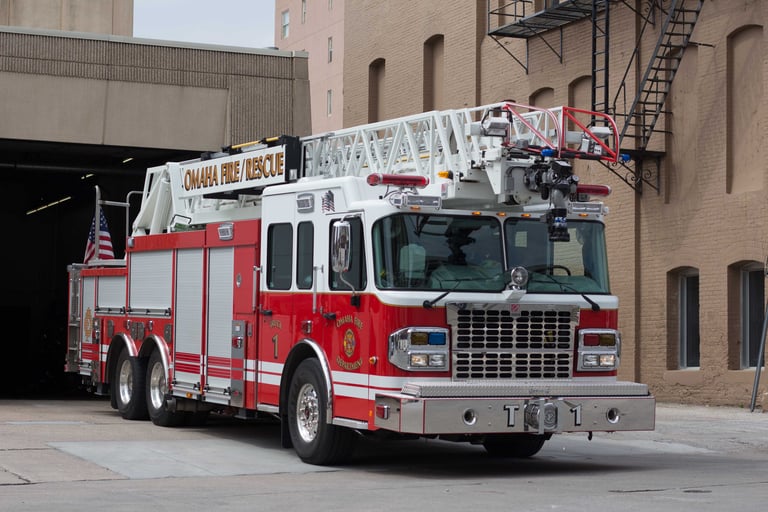 FireRMS has been able to document high profile incidents efficiently and effectively. One such incident occurred in January 2016 in Omaha’s historic Old Market area where a gas line was accidently cut and a fire consumed many buildings growing into a third alarm fire. FireRMS documented what apparatuses were on scene. Each apparatus was able to document exactly what they did on scene and give an account on when they were dispatched and how long they stayed on scene. By having each apparatus detail what they did on scene allowed outside entities to see what was done, why it was done and determine what had happened. This was proved useful for our Fire Investigation unit, insurance companies covering the damaged buildings and so forth. The documentation proved useful in the Incident Action Report, which allowed all apparatuses assigned to the incident to talk about what happened. What worked, what didn’t and gave our training department the ability to help prepare our crews for the next major incident.

How Else Can You Use FireRMS?

By using the daily roster in FireRMS, it allows our command staff to identify where our crews are located and helps determine where they are needed the most. For example, if our special operations HAZMAT crews are short staffed, FireRMS allows them to find the appropriate personnel who are certified, but not assigned at the current time to transition to a spot to cover for whatever time period is necessary. Same with our ambulances. If a particular crew is short a paramedic, FireRMS identifies what paramedics are available in that battalion and allows the command staff to adequately staff that ambulance so that a crew with a particular skillset is placed where they are needed the most.

FireRMS gives us the ability to create custom Crystal reports that help command staff identify current issues and the ability to plan ahead. For example, Daily Fire Loss, False Alarms Reports, Building Fire Analysis by Occupancy are just a few of the many reports that have been created. The Omaha Fire Department also uses other powerful reporting tools such as Microsoft Excel Power Pivot and Power Query/BI to create reports such as giving counts of incidents by Unit for the past 24 hours as well as a daily NFIRS count for our command staff. These reports, which are automatically sent to the fire chief, allows the fire chief to identify trends and the ability to plan ahead and make policy to make the Omaha area safe. By pulling data from FireRMS, we can use ESRI for the ability to plot all incidents on a map by specific NFIRS codes, so we can visually see what is going on and help determine whether we need to move specific apparatuses to a given area to help alleviate the issue.

FireRMS is a powerful tool in documenting incidents for the Omaha Fire Department and will continue to do so for many years to come.

How Collecting Payment for Inspections is Changing the Fire Industry

Train Your New Gal (and Old Guy) on Documentation

(5 Min Read) Let's face it, a one hour of discussion about threatening lawsuits or a courtroom credibility shredding during someone's...
Read More >